A Joint is only as Strong as it’s Weakest Ligament 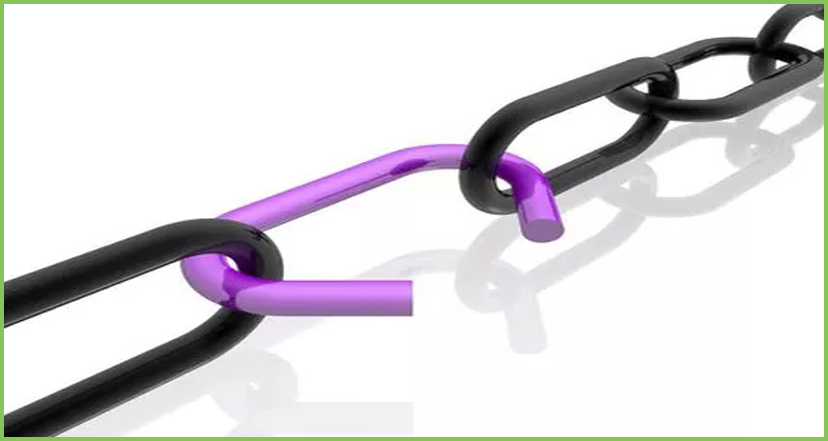 I love people who are passionate about what they do. Dr Steve Wimberly from Westville Veterinary Hospital in Durban, South Africa is just that; his face lights up when he speaks about his cases.

I recently interviewed Steve on a therapy he has been using a lot in his clinic recently, with amazing results. Steve is a veterinary surgeon who performs orthopedic surgeries, from TTAs (for cruciate ruptures) to spinal surgeries.

“When surgery works, it’s great. When it fails, it’s terrible,” remarks Steve – and it was this fact that prompted his research into less invasive and more conservative ways of treating cruciate injuries in dogs.

He began by looking for alternative ways to treat cranial cruciate ligament ruptures, for those surgical cases that don't do well post operatively, and also for older dogs whose owners are not keen to follow the course of surgery.

A good friend and colleague introduced him to prolotherapy. At first he was a little skeptical; even when he started experiencing successes he put them down to luck. Now, having used this technique for three years, he is convinced of its value.

Steve has done 238 prolotherapy treatments so far. He reports that with cruciate ruptures, “Ninety percent of my patients have improved after four weeks, marked improvements are apparent after eight weeks and mobility is usually completely restored after twelve weeks.”

In the 1930s, a general surgeon, George Hackett, made the observation that injections at the junction of ligaments, tendons and bone (usually made in error at that time) resulted in a proliferation and thickening of the tissue. He spent the next few years developing and refining this injection therapy and published his findings in 1956, terming the approach “prolotherapy”.

Hackett defined prolotherapy as “the rehabilitation of incompetent structures (ligaments or tendons) by the generation of new cellular tissue.”

Ligaments and tendons have poor blood supply and take longer to heal than other tissue. We can often see incomplete healing of these tissues after injury, and we know that they will never regain their original tensile strength.

This inadequate repair results in ligament and tendon weakness or laxity. This has been termed “connective tissue insufficiency”.

The problem is that when connective tissue is weak, there is insufficient tightness of these structures, and with load bearing, pain mechanoreceptors are stimulated. As long as the tissue remains weak and lax, these mechanoreceptors will continue to be stimulated. Eventually, the decrease in tensile strength of the tissue surrounding the joint and the weakness will result in a joint sprain or strain, with further injury to the tissue. The situation spirals quickly downward after a second injury, frequently robbing an otherwise healthy animal of much mobility and greatly depleting its enjoyment of life.

Prolotherapy acts by stimulating growth factors to repair the functionality of insufficient connective tissue, thereby strengthening lax and weak ligaments and tendons, and in the end reducing or eliminating the pain associated with them.

The technique involves injecting a proliferating and sclerosing agent, often but not always combined with a local anesthetic such as lignocaine. Steve uses 1ml lignocaine, 4ml 50% dextrose solution and 5ml sterile water. He does three treatments, each four weeks apart.

The solution is injected into the medial aspect of the stifle, for cruciate ruptures, to induce thickening of the joint capsule, and into the afflicted tendon or ligament where it attaches to the bone, in other cases. The needle actually needs to peck the bone as this stimulates the periosteum, which is well vascularized. This stimulates a low-grade inflammatory reaction at the site, initiating healing. For this reason, non-steroidal anti-inflammatories are contra-indicated, because in this case we don't seek to inhibit the inflammation. Cases are, however, discharged with pain killers, such as Tramadol or Panado.

With this injection, fibroblasts are stimulated in the surrounding area; these produce an extracellular matrix and collagen. The collagen is what thickens and strengthens, and helps to tighten the ligaments, tendons and structures associated with the joint.

There have been a few animal-based clinical studies on prolotherapy, using rabbits. One study used irritant solutions which were injected into the junction of ligament and bone in the medial collateral ligaments of rabbits. On average, there was a 40% increase in the mass of the ligaments and a 28% increase in the junction strength, in comparison to the controls. This increase in mass indicated a thickening of the ligament (Jensen, et al. 2008).

Steve’s findings are interesting. Of the 33 cases he has treated prophylactically in this way, only one case has ruptured the cranial cruciate on the contralateral side. This case received only one prolotherapy treatment and not the usual three treatments four weeks apart. Steve wants to treat at least 100 cases and then feels his results will be more statistically significant.

This therapy is not limited to cranial cruciate ruptures. Steve has had success treating medial shoulder instabilities and carpal hyperextensions using prolotherapy.

It is pioneering work like this, and the people who are persevering enough to follow unusual techniques to success or failure, which makes this field so interesting. Steve may just have found a successful treatment to minimize contralateral cruciate ruptures; I for one am excited to see what the future holds in this regard.

Are you a professional rehabilitation therapist? Join our FACEBOOK COMMUNITY for professionals only and share your knowledge with others in your field. Here you can chat about your own experiences, help others and participate in live Q&A sessions with experts in the industry. And what's more is you don't have to be a member of Onlinepethealth to join!